Young Leaders for Peace and Security

The EU faces one of the toughest times of its history, and young people could have a pivotal role to play in improving the situation, writes Jasna Maric Krajacic in the Parliament Magazine.

The European Youth Event will take place this year at the European Parliament, in Strasbourg, France, on May 20-21.

The event comes at an urgent time, one in which the voices of young leaders can make a difference in international attitudes and policy. During the past few years, Europe has been rocked by one crisis after another—Greece’s debt crisis, Russia’s seizure of Crimea and its incursion into eastern Ukraine and the flood of refugees from the Mideast (particularly from Syria) and Africa. Meanwhile, right-wing populism threatens the principle of relatively open borders  that has been for years a widely accepted part of the European Union.

What must be avoided in turbulent times is to lose sight of what a unified Europe can achieve. Born out of the ashes of World War II, European unity has brought with it unprecedented peace and prosperity. But European unity must  be extended beyond those great achievements. Europe should strive to be a model of generosity and inclusiveness — an example for other regions.

We’re making every effort at the Boston Global Forum to do our part. This year, with the help of our Young Leaders Network for Peace and Security program, we are promoting global cybersecurity. Last year, we focused on peace and security in the Pacific, seeking to promote a just and peaceful solution to disputes arising from China’s aggressive actions in the region. The year before, we highlighted the horrific labor conditions facing garment workers in Third World countries.

Young leaders are progressive and forward-looking. The world needs their voices, and we should widen the forums available to them. The Boston Global Forum commends the organizers of the European Youth Event for providing young leaders with such a prominent  venue for addressing crucial global problems and developing solutions to them.

Thomas E. Patterson is a co-founder and a member of the board of directors of The Boston Global Forum. He is the Bradlee Professor of Government and the Press at Harvard’s Kennedy School and has served as the Acting Director of  the Kennedy’s School’s Shorenstein Center on Media, Politics, and Public Policy since July 1, 2015. Below is the full translation script of PM Abe:

A warm hello to all.  I am Shinzo Abe, Prime Minister of Japan.
Japan assumed the Presidency of the G7 summit this year.  On May 26 and 27, Japan will convene the G7 Ise-Shima Summit in Mie Prefecture. In Ise-Shima, the stage for the G7 Summit, you can find not only Ise Jingu Shrine with a history dating back to time immemorial, but also marvelous natural beauty including the rich sea spreading out before your eyes, islands large and small, and countless inlets. It is a perfect example of our hearland – a palce dear to many, away from the bustling cities.
In such an environment, I will make this year’s summit a fruitful one by having candid discussions with the other G7 leaders on various issues confronting the globe.
Today,the international community faces numerous challenges.  A slowdown in the growth of the global economy, terrorism threatening people’s lives, a surge of refugees, and unilateral changes to the status quo through the use of coercion are all among the challenges affecting the peace and prosperity we enjoy in our daily lives.
The G7 members, which share fundamental values such as freedom, democracy, the rule of law, and human rights, must take a global perspective to provide the most appropriate road map for solving these challenges with a clear vision.
The G7 Ise-Shima Summit is the first G7 summit to be convened in Asia since the summit in Toyako eight years ago.
I hope to discuss the situation in the Asia-Pacifid region with other G7 leaders.
In addition to the G7 Summit meeting to be held in Ise-Shima, we will hold the Foreign Ministers’ meeting in Hiroshima and the Finance Ministers’ meeting in Sendai, as well as the Agricultural Ministers’ meeting in Niigata, the ICT Ministers’ meeting in Takamatsu, the Energy Ministers’ meeting in Kitakyushu, the Education Ministers’ meeting in Kurashiki, the Science and Technology Ministers’ meeting in  Tsukuba, the Environment Ministers’ meeting in Toyama, the Health Ministers’ meeting in Kobe, and the Transport Ministers’ meeting in Karuizawa.
Scores of journalists from around the world will converge on Japan to cover the G7 Ise-Shima Summit and these ministerial meetings. All of which will be the focus of attention around the world.
I hope to take this opportunity to send out to the world our message about Japan’s unique of appeal, including our culture and traditions, our spirit of hospitality, our world-class washoku cuisine, as well as advanced technologies and our innovation.
With your cooperation and assistance, I will world to lead the G7 Ise-Shima Summit to success. (Jan.30, 2016) – Mr. Nguyen Anh Tuan, Chief Executive Officer of the Boston Global Forum shares his view on Global Citizenship Education which he believes would become one of important element to build sustainable peace and security in the Middle East.

In 2006, when I was  Chief Executive officer and Editor-in-chief of VietNamNet, I developed the idea of encouraging Vietnamese citizens to become global citizens. I believed that such a project would help Vietnam become a developed country. So I conducted a series of articles on global citizenship for VietNamNet.

I have since come to believe that Global Citizenship Education could become one of the most important ways to build sustainable peace and security in the Middle East.

How can we make it happen? The program would Timeline of events during 2016:

Every 10-days, a world-renowned government official or scholar will lead a discussion with other participants and guests via online video conferencing. Following the online event, the discussion may be continued via group email.

A special Boston Global Forum Editorial Board will assemble the content and provide a comprehensive report to the leader of G7 summit host country.

BGF will continue its success in 2015 by further establishing December 12 as Global Cyber Security Day — and having the day universally  recognized as the premiere annual event aimed at encouraging global citizens of goodwill to create a safe and secure internet environment.  In New England, Global Cybersecurity Day 2016 events will be held at Harvard University Loeb House with ceremonies honoring Outstanding People in Cybersecurity.

The Nomination & Selection process will prolong one month. Winners will be honored in the Global Cybersecurity Day, December 12.

The GCE will focus on educating people on the Ethics Code of Conduct for Cyber Peace and Security (ECCC).

The Program will seek out leaders in Cybersecurity in three categories: human being, policy, and technology.

Fellows will implement an action plan to encourage people follow the Online Festival and contribute to Global Cybersecurity Day. 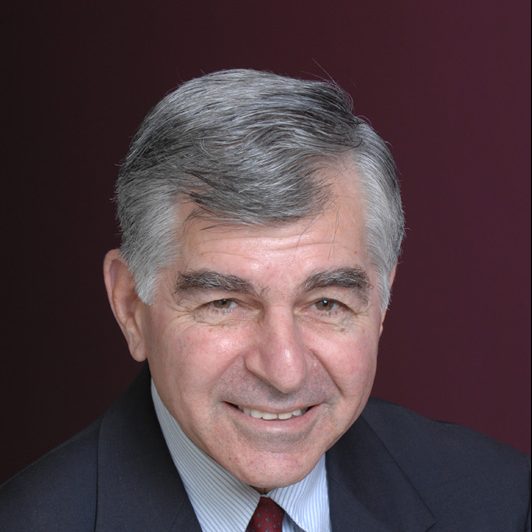