Unencrypted data will continue to dominate the Internet

(Feb. 06, 2016) – A  study from Harvard’s Berkman Center for Internet Society  released on Monday last week refutes claims that wider use of encryption in software products will hamper investigations into terrorism and crime.  Jeremy Samide, the Michael Dukakis Leadership Fellow and Lead Consultant to SteathCare Labs, shared his opinion on the report.

Read his view below.

Jeremy Samide (on the right) in a meeting with Professor Ezra Vogel during the week in Boston as a part of Michael Dukakis Leadership Fellow Program in September 2015.

Accessible, unencrypted data will be available to law enforcement and will continue to dominate the Internet, a Harvard study coming from the Berkman Center for Internet Society says.  The study, which was released last week, refutes the claims made by law enforcement and many governments that the use of wider encryption in applications will hinder investigations into terrorism and crime.

With the expansion of Internet connected devices like smart TVs, home cameras, thermostats and vehicles, these devices will offer new opportunities for tracking targets.  The technology industry has come under pressure as government officials in the US and UK, who say that increasing data security through encryption will diminish their capabilities to fight terrorism and crime.  As end-to-end encryption continues to gain popularity within systems, it leaves users the sole possession of the decryption keys.  Without a password, other means to attempt to decrypt data would need to be used by law enforcement.  Back doors and special keys designed for the sole purpose to circumvent  encryption only weakens our defenses globally.

There are other methods to approach this issue when looking at it from a terrorism perspective; targeting the configuration and implementation of the encryption in order to identify the key factors and gain perspective.  Other means, as the study suggests, would be to focus on the non-encrypted traffic created by the hundreds of millions of newly connected devices coming online that will make up most of the Internet’s data traffic.  The study is quoted as saying that “The trajectory of technological development points to a future abundant in unencrypted data.” (Jan.31, 2016) – In an effort to placate the increasingly vocal critics of her open-door policy for refugees the German Chancellor Angela Merkel said on Saturday at a regional meeting of her Christian Democratic Union (CDU) in the state of Mecklenburg-Western Pomerania that “Once there is peace in Syria again, once IS has been defeated in Iraq, that you go back to your home country with the knowledge that you have gained.”

German chancellor Angela Merkel says refugees will return to their homeland, once the war is over. Photo: Fredrik von Erichsen

The critics come after increasing reports of Crime and security, in particular, a wave of assaults on women in Cologne at New Year celebration by men of north African and Arab appearance.

Merkel also urged the European countries to offer more help to reduce the illegal refugees, according the Reuters. (Jan. 31, 2016) – Japan still sticks with its scheme of providing humanitarian and monetary aids instead of sending its people to directly join the international force in the fight against terrorist or environment crisis.

Japan’s Prime Minister Shinzo Abe stated Tuesday Japan’s Self-Defense Forces would not be joining others in combat in the Middle East. File Photo by Keizo Mori/UPI

Prime Minister Shizo Abe said on Tuesday that Japan would not plan to join the international coalition against the Islamic State, and that “”This decision will remain unchanged for the foreseeable future.” Its assistance would be limited to humanitarian needs instead, according to UPI’s report. The U.S. challenges Chinese efforts to restrict freedom of the seas

(Feb. 01, 2016) –  The U.S. Navy on Jan. 30 challenged China’s attempts to restrict international navigation in the South China Sea by sending the guided-missile destroyer USS Curtis Wilbur within 12 miles of Triton Island, which China claims, despite most interpretations of international law.

In 2014 and 2015, a Boston Global Forum had two reports concerning the South China Sea:  “The Framework for Peace and Security in the Pacific’’   and “Chinese Disputes in the South China Sea: Risks and Solutions for the Asia-Pacific.’’ In these reports, the Boston Global Forum recommended the creation of a Pacific Security Alliance to include the United States, Japan, South Korea, Vietnam,  the Philippines and Australia.

The alliance would conduct joint patrols of the South China Sea to protect freedom of navigation in the  international waters of the  region’s very important trade routes.

The Boston Global Forum commends the United States for acting to uphold internationally recognized principles of freedom of the seas and hopes that what America is now doing unilaterally will be soon be done as part of an alliance of nations with vital interests in the Asia-Pacific region. 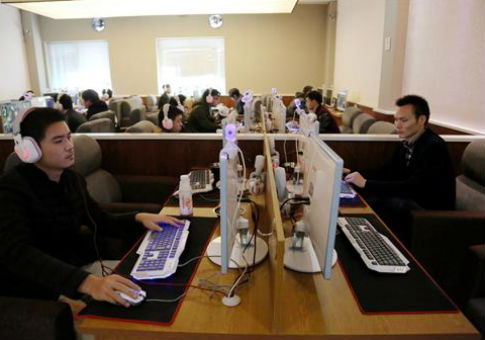 (Jan. 31, 2016) – Bill Gertz, a journalist and defense expert for the Washington Free Beacon, report this week on how China’s army is rapidly strengthening its cyber-warfare and intelligence operations to undermine potential foes, especially the United States. The U.S. is anxiously working on ways to counter the threat.

A recent Chinese military reorganization is increasing the danger posed by People’s Liberation Army cyber warfare and intelligence units that recently were consolidated into a new Strategic Support Force.