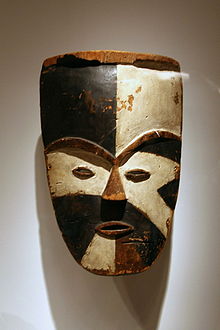 Gabon has long had a deeply corrupt government run by the Bongo family but it has been more peaceful than most African nations. It has become very well known in the rest of the world for its gorgeous national parks designed by American landscape architect John Gwynne.

Violence erupted Aug. 31 after Interior Minister Pacome Moubelet Boubeya announced the results of Saturday’s vote, which showed that incumbent President Ali Bongo defeated opposition candidate Jean Ping by a tiny margin: Bongo had 49.8 percent of the vote, while Ping, a diplomat and former African Union official, had 48.23 percent.
The opposition asserted that the results were fraudulent and thousands of people took to the streets  in protest. The parliament and some other government buildings were set on fire  as  troops tried to restore order. Shops and businesses were looted.
Ali Bongo’s re-election would extend his family’s half-century rule over the oil-rich nation by another seven years. Bongo succeeded his father, Omar Bongo, in 2009.
To read the CNN story on this, please hit this link. Philippine President Rodrigo Duterte said on Sept. 2 that China is building on another shoal in the South China Sea despite an international court ruling rejecting most of China’s claims in the resource-rich area. The Communist Party dictatorship of President Xi Jinping has been aggressively militarizing parts of the sea.

A U.N.-backed tribunal  has ruled in July that China’s claims to almost all of the strategic sea had no legal basis and  that its construction of artificial islands in disputed waters was illegal.

Mr. Duterte said he received an “unsettling” intelligence report showing China had sent barges to the contested Scarborough Shoal and had appeared to begin construction in the area for the first time.

China has already built artificial islands in the Spratly chain in the South China Sea. The United States  has warned  of unspecified “actions” if Beijing extended its military expansion to the Scarborough Shoal.

To read the Straits Times article on this, please hit this link.

SWIFT, the global financial messaging system, has disclosed new hacking attacks on its member banks. The news came as it continues to pressure them to comply with security procedures instituted after  a high-profile $81 million heist at Bangladesh Bank earlier this year.

Reuters reported that in a  letter to clients, “SWIFT said that new cybertheft attempts – some of them successful – have surfaced since June, when it last updated customers on a string of attacks discovered after the attack on the Bangladesh central bank.”

“Customers’ environments have been compromised, and subsequent attempts (were) made to send fraudulent payment instructions,” according to a copy of the letter reviewed by Reuters. “The threat is persistent, adaptive and sophisticated – and it is here to stay.”

“The disclosure suggests that cyberthieves may have ramped up their efforts following the Bangladesh Bank heist, and that they specifically targeted banks with lax security procedures for SWIFT-enabled transfers.

“The Brussels-based firm, a member-owned cooperative, indicated in Tuesday’s letter that some victims in the new attacks lost money, but did not say how much was taken or how many of the attempted hacks succeeded. It did not identify specific victims, but said the banks varied in size and geography and used different methods for accessing SWIFT.”

For more on this story, please hit this link.

A reason for Putin to disrupt U.S. election 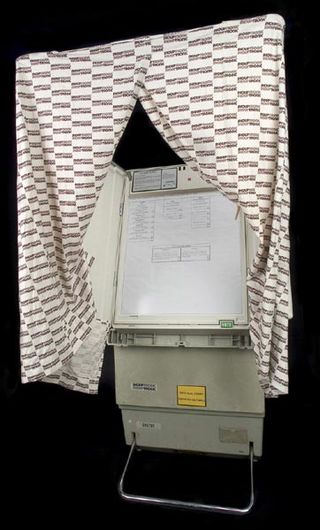 U.S. official warns Australia it must choose between U.S. and China

Reuters reported that “A senior U.S. soldier said on Sept. 1 that Australia must choose between a stronger U.S. alliance or closer ties with China, and urged Canberra to take a tougher stance against Chinese claims in the South China Sea.

“The Pentagon, however, disputed the statement by U.S. Army Assistant Chief of Staff Colonel Tom Hanson, saying it did not represent the position of the U.S. government.

“I think the Australians need to make a choice … it’s very difficult to walk this fine line between balancing the alliance with the United States and the economic engagement with China,” Colonel Hanson said on Australian Broadcasting Corp. Radio.

“There’s going to have to be a decision as to which one is more of a vital national interest for Australia,” he said, adding that the comments reflected his personal view and were not necessarily that of the U.S. government.

“The idea that Australia, or any country, needs to choose between its longstanding ties to the United States and its emerging links with China presents a false choice,” U.S. Navy Commander Gary Ross, a Pentagon spokesman, said. . “Australia has strong, multifaceted ties with its Pacific neighbors, including China, just as we seek the same.”

To read the entire article on this, please hit this link.