In Scotland, May pushes U.K. unity 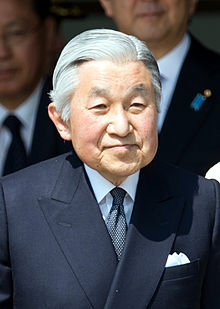 The Japanese government has begun work to revise the law governing the imperial family system  to permit an emperor to abdicate. Emperor Akihito wants to abdicate, government sources have said. He has been treated for prostate cancer and heart problems.

The 82-year-old monarch is expected to soon speak about his desire to  hand over the throne to his 56-year-old son, Crown Prince Naruhito.

The Japan Times noted: “Revision to the Imperial House Law is necessary for an emperor to relinquish the throne while still alive, as the law does not provide for abdication. No succession from a living emperor has taken place for about 200 years.”

Read The Japan Time’s article on this by hitting this link.

Jason Burke, writing in The Guardian, discusses why France is such a target for Islamic mass murderers.

He observes, among other things that:

“Undoubtedly, the role France has historically assumed as standard bearer of Western secular liberalism has put the nation in the spotlight. Islamic extremists may see the U.S. as a source of moral decadence and economic exploitation, but France is seen as an atheist power which is both defending Western ideals such as human rights, free speech and democracy and, in the eyes of jihadis, trying to impose them on the Islamic world.”

To read his essay, please hit this link. 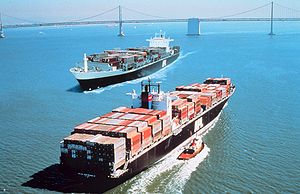 Despite Brexit and rising pressure for protectionism across the West, ”anyone who thinks globalization is dead misreads what’s really happening,” writes Michael Schuman in Bloomberg News.

“While there are pockets of resistance, much of the world is still forging tighter links between countries, companies, and communities. Rather than retrenching, globalization is deepening and expanding—whether angry Trump supporters or British Leave voters like it or not.”

“As working classes {in the West}—suffering from stagnant incomes and joblessness—lash out at the free movement of money, goods, and people, their elected politicians face pressure to detach from an increasingly interconnected world. In doing so, though, they may cede to non-Western competitors the potential benefits these fresh linkages will create. The fate of nations may depend on whether they continue to embrace globalization.”

The skyline of booming Shanghai.

China has reported a higher-than-expected annualized growth rate of 6.7 percent, the same rate as in the first quarter. As with most dictatorships, it’s difficult to know how accurate that number us. However, in any case, most analysts saw the number as suggesting that the government of President Xi Jinping, in part to keep political control tight, is avoiding economic restructuring.

“Instead, by ramping up government spending and opening the credit taps, Beijing is likely to fuel overcapacity and see private companies crowded out by risk-averse state banks and bloated state companies.”

“It’s a pretty clear picture with the big, overcapacity state-owned enterprises getting credit and reform plans not getting support,” IG Markets Ltd. analyst Angus Nicholson told the WSJ. “The government talks a good story about helping the private sector, pushing through supply-side reform and lowering investment to state companies, but you’re not actually seeing any of this in the statistics.”