Chinese newspaper slams Philippines, Vietnam for running to US for help

(BGF) – The Philippines Daily Inquirer said the Global Times, the China’s top newspaper, had assailed the Philippines and Vietnam for their “attempt to grab islands and waters (in the South China Sea), which don’t belong to them” by getting alliance with the United States.  Liu Zongyi, a research fellow of the Center for South Asia Studies at the Shanghai Institutes for International Studies, made a report on the Global Times to note that US Secretary of State Hillary Clinton “made a trip encircling China recently.

Chinese newspaper slams Philippines, Vietnam for running to US for help

MANILA, Philippines—One of China’s top newspapers has assailed the Philippines and Vietnam for their alleged “attempt to grab islands and waters (in the South China Sea), which don’t belong to them by riding the back of the tiger,” apparently referring to the United States. The Beijing-based Global Times, in a July 16 report, also said Manila and Hanoi “hope to get massive military assistance from the US, which the US can’t afford to provide.”

The report, titled “Clinton’s trip highlights weak points of US return to Asia,” was written by Liu Zongyi, a research fellow of the Center for South Asia Studies at the Shanghai Institutes for International Studies.

It noted that US Secretary of State Hillary Clinton “made a trip encircling China recently.”

“From Japan to Mongolia then to Vietnam, Laos and Cambodia, Clinton mainly focused on three things: backing Japan, Vietnam and the Philippines in disputes with China over maritime territorial sovereignty, balancing China’s economic influence in Asian by enhancing trade and economic ties with Southeast Asian countries, and promoting support for democracy and human rights as the core of US Asian strategy while attacking China’s development model,” it said.

According to Liu, Clinton’s “every topic targeted China by insinuation. It seems the US is tightening its encirclement of China. But on the other hand, we can see the weakness of the US’ ‘back to Asia’ strategy.”

“The Obama administration’s strategy covers political and military fields, as well as trade and economy. But the strategy seemingly is gradually losing its edge,” said Liu.

BEIJING—China has deployed four patrol ships to a disputed area of the South China Sea, state media said Sunday, amid a deepening row with Vietnam over competing territorial claims.

The ships, described by the Xinhua news agency as surveillance vessels, reached what China calls the Huayang reef in the Spratly islands on Sunday. 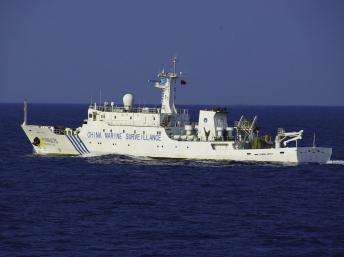 China last month summoned Vietnam’s ambassador in Beijing and protested a law adopted by the Vietnamese parliament that places the disputed Spratly islands under Hanoi’s sovereignty.

China and Vietnam, as well as other neighboring nations, are locked in longstanding territorial disputes over the South China Sea, including the resources-rich Spratly and Paracel islands.

Xinhua said that the ships left China’s southern island province of Hainan on June 26 and would travel more than 2,400 nautical miles on patrols.

The ships are under the authority of the Chinese government’s State Oceanic Administration and not the country’s navy.

China said Thursday it would resolutely oppose any military provocation in its territorial waters and protect its sovereignty – remarks that appeared to be directed partly at Vietnam.

(BGF) – According to Reuters, China’s Defence Ministry said that its military had already set up a normal, combat-ready patrol system in seas in order to protect its maritime rights and sovereignty, as response to Vietnam air patrols over the Spratly Islands.

(Reuters) – China has begun combat-ready patrols in the waters around a disputed group of islands in the South China Sea, the Defence Ministry said on Thursday, the latest escalation in tension over the potentially resource-rich area. 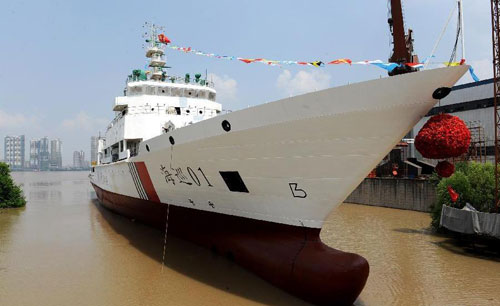 Asked about what China would do in response to Vietnamese air patrols over the Spratly Islands, the ministry’s spokesman, Geng Yansheng, said China would “resolutely oppose any militarily provocative behaviour”.

“In order to protect national sovereignty and our security and development interests, the Chinese military has already set up a normal, combat-ready patrol system in seas under our control,” he said.

“The Chinese military’s resolve and will to defend territorial sovereignty and protect our maritime rights and interests is firm and unshakeable,” Geng added, according to a transcript on the ministry’s website (www.mod.gov.cn) of comments at a briefing.

He did not elaborate. The ministry does not allow foreign reporters to attend its monthly briefings.

China is involved in long-running disputes with Vietnam and the Philippines about ownership of the South China Sea and its myriad, mostly uninhabited, islands and atolls. Taiwan, Malaysia and Brunei also have claims. 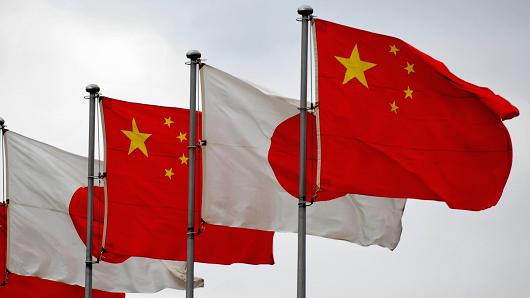 (BGF) – The Japan Times has reported that Chinese and Japanese business leaders have vowed to continue holding dialogues in order to “deepen mutual understanding…so as to contribute to the prosperity and peace of the Asian economy and society.” Cooperation and communication between the business communities in Japan and China is critical given the diplomatic tensions between the countries due to their territorial dispute over the Senkaku/Diaoyu Islands and Japan’s actions during World War II. Click here to read the full article or visit The Japan Times‘ website.

Business leaders from Japan and China have pledged to keep the lines of communication open despite diplomatic friction over the Senkaku Islands and conflicting perceptions of wartime history.

“Relations between China and Japan are in a state to be very concerned,” Charles Yin, founder of the China-Japan Asia CEO Forum, said Wednesday. “So I thought economic leaders need to stand up and hold dialogues to deepen mutual understanding and communicate with each other so as to contribute to the prosperity and peace of the Asian economy and society.”

Yin, who is also executive chairman of the Chinese investment and advisory firm Worldwide City Holdings, was speaking at a news conference in Tokyo after the forum’s first meeting in about three years.

The event, which began in 2009, was not held on a large scale the previous two years due to the souring of bilateral ties.

Yasuchika Hasegawa, co-chairman of the forum and president and CEO of Takeda Pharmaceutical Co., said commerce can be of help in tough political times.

“It would be desirable if both (Japan and China) can hold dialogue more freely on a political front. But when there is no such chance, continuing business cooperation is so beneficial,” he said.

(BGF) – According to The Diplomat, it is the first time ever that a number of well-known public figures in Vietnam and within the Vietnamese Diaspora signed a letter to the Philippine Ambassador in Vietnthe am to express support for the Philippine’s sovereignty rights in the Scarborough Shoal. The interesting is that the letter chose to use a combination of the Filipino and Vietnamese names, “West Philippine Sea/ East Sea” instead of using the conventional international name of “South China Sea”. 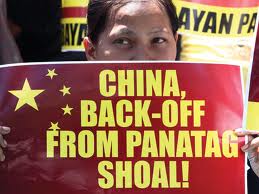 (The Diplomat) – In a new twist this week to the stand-off between China and the Philippines at Scarborough Shoal, 66 Vietnamese, many of them well-known public figures in Vietnam and within the Vietnamese Diaspora, signed a letter to the Philippine Ambassador in Vietnam to express support for the Philippines’ “sovereign rights” in the continuing stand-off.

The main points of the letter are:

1) Support for the “sovereign rights” of the Philippines in the Scarborough Shoal.

2) Opposition to China’s use of the “nine-dashed line”  to make overlapping claims with the Exclusive Economic Zones and continental shelves of the Philippines, Vietnam and other ASEAN countries, as well as opposition to “China’s actions and threats of force,” the latter presumably referring to articles in China’s state controlled press.

3) Support for the Philippines’ proposal to submit the dispute at Scarborough Shoal to the International Tribunal for the Law of the Sea (ITLOS).