The Guardian and Reuters  passed on not totally confirmed reports that Vietnam has fortified several islands it controls in the South China Sea with mobile rocket launchers  so  that it can strike Chinese military bases in the region. This would be one of the most assertive Vietnamese moves in decades and would be in response to China growing militarization in the sea, which it claims control of in violation of international law.

To read the full article on this, please hit this link.

Hackers, presumably directed by the Chinese government, have attacked the Web site of Vietnam’s two biggest airports and its national airline, Vietnam Airlines, with pro-Chinese messages about China’s attempts to take control of most of the South China Sea. The attacks come after a ruling  by an international tribunal  earlier in July in the Hague that China’s claims are almost entirely spurious.

Vietnamese state media said the hackers criticized the Philippines and Vietnam and their comparatively modest claims in the South China Sea.

To read an Agence France-Presse article on this, please hit this link.

“…., Asia’s rise has captured the popular imagination for three decades. By most hard-power measures, such as gross domestic product, trade volumes, technological prowess and military capabilities, Asia has emerged as the world’s third pillar, along with the United States and Europe. Indeed, many commentators have argued that the 21st century will not only be dominated by key Asian states such as China, India and Japan, and major middle powers including South Korea, Vietnam and Indonesia, but also that the region as a whole is on its way to eclipsing the West.’’ “But …. it’s timely to point out that such linear conceptions of Asia’s inexorable rise are misleading and incomplete, given the magnitude of political, security and socioeconomic problems confronting Greater Asia. With the Asian economic juggernaut coming to an end, due to lower growth in China, an aging Japan and South Korea, and India’s ongoing problems with corruption and a bureaucracy that impedes structural reform, the continent must be viewed from another angle: as a department store of many of the world’s gargantuan political and military challenges. Indeed, unless Asia’s strategically consequential states can significantly mitigate, if not resolve, the region’s political and military deficits, Asia’s rise will never be completed.’’

“There is no doubt that Asia has made enormous progress over the past half-century, but it’s time to wake up to the continent’s political, security and strategic quagmires….Asia must undertake wrenching political reforms, including the embracing and strengthening of universal values, for an Asian century to truly dawn. Asia has risen, but it is far from reigning.’’

Hit this link to read his entire essay. (May 30th, 2016) This link will take you to a description of the program in Vietnam of the UNESCO Chair in Global Learning and Global Citizenship Education, with which The Boston Global Forum has been collaborating closely. 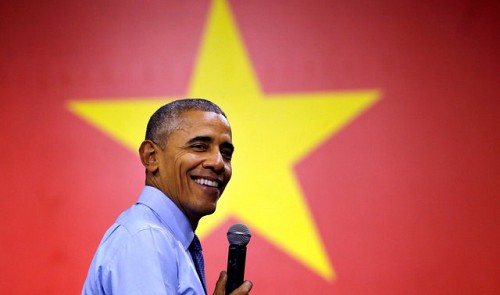 The program has been working in Vietnam since 2015 with a project called “The University in Transition: Policy Research Addressing Major Challenges In The Institutions Of Higher Education In Vietnam.” This project has support from private sources in Vietnam and strong collaboration from government institutions.

This is part of the ongoing strong reconciliation of Vietnam and the United States, symbolized by President Obama’s trip this past week to Vietnam. He was the third U.S. president, after Bill Clinton and George W. Bush. Frequent readers of our posts may have followed our developments on understanding the Cambodian model and whether it is implementable in other parts of the world. On another front, Mr. Nguyen Van Phu, Managing Editor of the Saigon Economic Times, explains the two schools of thoughts in Vietnam regarding the controversial TPP agreement. In his blog post to the Financial Times on October 10th, 2013, Mr. Phu describes how the TPP is being used by advocates as a way to enforce better labor standards for domestic workers.

Guest post: TPP is a remedy but of a different kind 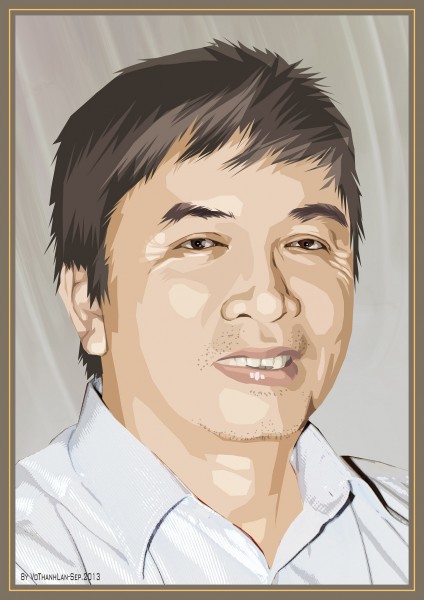 Activists in Vietnam fight tenaciously for many things. They’ve advocated land ownership for farmers, equal footing for the state-owned and private sectors and the suspension of a costly bauxite project that is neither financially viable nor environmentally friendly. And yet, they have never raised their voices against the dark sides of free trade agreements as have their peers in other developing countries.

Granted, the Trans-Pacific Partnership (TPP), a comprehensive free trade agreement that Vietnam is negotiating with 11 other countries including the US, will bring Vietnam some obvious benefits. However, these activists also understand very well the negative aspects of joining this “high standard” trade agreement at a time when their country is at the bottom of the global value chain. They know that local farmers will be exposed to new competition with their richer and heavily-subsidised counterparts; that Vietnam will get stuck with low-wage, environmentally costly labour-intensive industries like textiles and garments where local manufacturers can’t move beyond subcontracting jobs; and, most of all, that stricter intellectual property rights will likely translate into more expensive drugs for the Vietnamese people.

Not only have Vietnam’s liberals kept their mouths shut about these issues, they have tried to sell the TPP to the people as something inevitable, a remedy for all economic woes.

The reason is simple: these liberals want to use the requirements imposed by the TPP on its members as leverage on the government to implement much-needed reforms. They hope that once within the TPP framework, Vietnam’s government will have no option but to abide by transparency in policy-making, cease giving preferential treatment to state-owned companies, open government procurement to the private sector and pay more attention to environmental requirements… In short, do those things that their government is supposed to do but does not.

These omissions are seen especially in the case of Vietnamese workers’ well-being. Vietnam is a “socialist” country where workers are supposed to be the leading political and economic force. Ironically, however, it is the “capitalist” US that is putting pressure on Vietnam to protect workers’ interests by setting up independent labour unions. It is exactly such TPP requirements that induce many Vietnamese liberals to give their strong support to joining the trade agreement.

Among the requirements that the US will impose in return for greater access to its market, especially for Vietnamese textiles and footwear, is better treatment of workers. In a stark reality check, US Representative George Miller, a Democrat from California, has written to US Trade Representative Michael Froman questioning whether Vietnam can comply with its TPP commitments because, Miller wrote, there is evidence that export industry workers in Vietnam are “routinely denied basic labor standards.”

Froman’s written reply is also to the point: “By including Vietnam in the TPP negotiations, we have [a] mechanism to improve adherence to labor rights and working conditions in Vietnam that would not exist otherwise.”

The proposed TPP text would apply the International Labour Organization’s principles of freedom of association and the right to collective bargaining, as well as the elimination of all forms of forced labour, child labour and gender discrimination.

People may ask if Vietnamese workers aren’t protected by their government and point to an extensive network of labour unions. The sad fact, however, is that the labour unions are mostly for show. They are used as instrument of state control, and union representatives are more like officials than workers’ representatives. They are normally the ones who prevent workers from going on a strike, rather than organizing it.

A recent scandal involving four public utilities companies in Ho Chi Minh City is so far the strongest evidence of this collusion. The directors of these state-owned companies draw salaries ranging from $100,000 to $130,000 annually in a country where the per capita income is just $1,500. How could they pay themselves such high salaries? They resorted to the very basic trick of “exploiting” their own workers: instead of signing on workers as full-time employees who would enjoy full wages and benefits, they hired them as seasonal workers who were paid as little as $250 to $350 a month.

Arguably, if the workers had an independent labour union, such a scandal would not have happened. If the labour union representatives at these companies did not receive perks from the directors, they would not keep their mouths shut as they did in this case.

Such scandals make people in Vietnam wonder if it is a blessing in disguise that the US seems to be really pushing for better working conditions. Foreign investors, including those from the US, seem to like the way labour unions in Vietnam operate now. The Vietnam Chamber of Commerce and Industry, which represents domestic enterprises, has complained that “Vietnam is not ready for such high requirements on labour standards and implementation, which would increase costs for entrepreneurs, risk workers’ unemployment, and have high implementation costs.”

So whether liberals in Vietnam should regard the TPP as a remedy or just an irony, or even a double irony, remains to be seen.