On December 12, 2021, Former Massachusetts Governor Michael Dukakis will present Andreas Norlén, Speaker of the Swedish Parliament, with the Boston Global Forum and Michael Dukakis Institute’s Annual Award, “World Leader for Peace and Security” for his efforts, in a turbulent political landscape, to enhance transparency, knowledge and public trust in the complicated processes of forming government in Sweden.

On the decision to present this award to Speaker Norlén, Governor Dukakis said that he highly regards Sweden’s effortful contribution to world peace and security with the leadership of the Riksdag under Norlén’s speakership.

In his speech at the AI World Society Summit 2020, Andreas Norlén recognized both the potentials and risks of Artificial Intelligence in governance. Misinformation and disinformation can have adverse effects on governmental processes and democracy, such as skewing public opinion and compromising trust in democracy. He pointed out that increasing public awareness and facilitating cooperation among parties and committees within the parliament can help to harness the power of AI while protecting democracy from the risks. Awareness and cooperation, in turn, can hardly happen without advanced and continuous education and training on the subject of AI.

After serving as member of Parliament for Östergötland County for the Moderate Party, Norlén was elected Speaker of the Riksdag on September 24, 2018. Before that, Norlén served as the Chair of the Committee on the Constitution, the War Delegation, the Committee on Justice, and the Advisory Council on Foreign Affairs. He has played a pivotal role supporting constitutional matters relating to the media, the auditing of governmental processes, the Riksdag’s work on EU matters and issues concerning privacy.

Norlén worked across party lines to ensure unified support for the conclusions reached by the Committee on the Constitution, regarding its scrutiny of the performance of government ministers and the handling of government business. Norlén has asserted that the practices determined by the Committee on the Constitution should obtain broad support in the Riksdag and remain the same when there is a change in the political majority of the Riksdag. He also worked for broad political consensus in matters such as those affecting the Constitution and preventive measures to counteract violent extremism.

Norlén defended his thesis at Linköping University in 2004 on the subject of Unreasonableness and Section 36 of the Contracts Act and is a Doctor of Laws. Norlén is also a businessperson active in the family publishing company Kurirengruppen i Sverige AB.

The World Leader for Peace and Security Award 2021 reflects BGF’s high regard for Andreas Norlén’s efforts to enhance democracy and public trust in political processes and institutions in Sweden, and our appreciation for his awareness of AI opportunities and risks.

From 2015, BGF honored World Leader for Peace and Security Awards:

After Ceremony to honor Speaker Andreas Norlén is the Symposium

“The Framework for Global Law and Accord on AI and Digital”.

Please attend and discuss with speakers at BostonGlobalForum.org 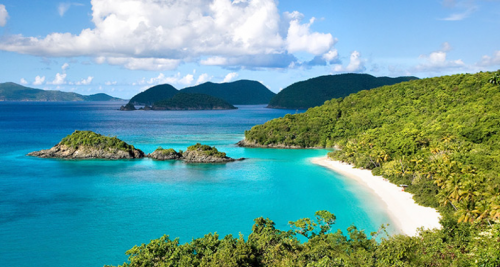