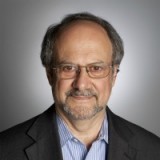 Heller School. He is co-founder and co-editor of The American Prospect magazine,

and a senior fellow at the think-tank Demos. He was a longtime columnist for

BusinessWeek, and continues to write columns for The Boston Globe, Huffington

Kuttner is author of ten books, including the just published Debtors’ Prison and the

and the Power of a Transformative Presidency. His best-known earlier book is

Everything for Sale: the Virtues and Limits of Markets (1997).

His writing has appeared in The New Yorker, New York Review of Books, The Atlantic,

Review and Political Science Quarterly. He has contributed major articles to The New

England Journal of Medicine as a national policy correspondent.

economics editor of The New Republic.

He is the two-time winner of the Sidney Hillman Journalism Award, the John

Hancock Award for Business and Financial Writing, the Jack London Award for

Labor Writing, and the Paul Hoffman Award of the United Nations Development

Program for his lifetime work on social justice and economic efficiency. He has

Robert Kuttner was educated at Oberlin College, The London School of

Economics, and the University of California at Berkeley. He has taught at

of Politics, and the University of Oregon. He lives in Boston with his wife, Joan

Fitzgerald, dean of the School of Public Policy and Urban Affairs at Northeastern.