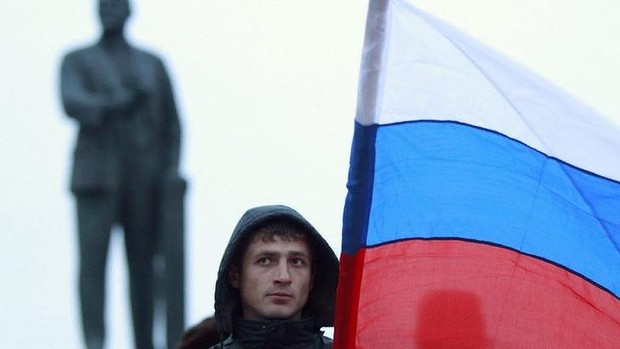 (BGF) – This article, featured in The Economist discusses China’s foreign policy with regard to Russia’s annexation of Crimea. As the article notes, the Chinese Government extols the virtues of non-interference in the internal affairs of other countries. Accordingly, China has been relatively silent on the issue Russia’s actions in Ukraine and has not explicitly condemned Russia’s actions. However, Russia’s actions interfere significantly with the internal affairs of Ukraine. Does this mean that perhaps China is remaining silent on Russia’s actions because it sympathizes with Russia’s determination to do what it takes to defend its territory, even if it doesn’t control that territory (i.e., the Senkaku/Diaoyu Islands dispute)? If so, how does this fare for China’s soft power in East Asia? Click here to read the full article or visit The Economist‘s website.

Non-interference on the line

If they have said it once, they’ve said it a million times. Hardly a press briefing goes by at the foreign ministry in Beijing without a stern reminder of the importance China places on the principle of non-interference in other countries’ internal affairs. These days the phrase is trotted out whenever a spokesman is asked about China’s stance on Ukraine. Yet, oddly, the spokesman never goes on to criticise Vladimir Putin or Russia, which, in annexing Crimea, has interfered in Ukrainian internal affairs in the crudest way imaginable. Swift to pounce on any alleged hypocrisy in Western foreign policy, China now seems to be upholding double standards of its own. In truth, it always has. But the crisis in Ukraine has exposed the contradictions in China’s “principled” diplomacy with unusual starkness.

China has not explicitly taken Russia’s side. Rather, it calls on all parties to resolve their differences through dialogue and negotiation. It opposes the sanctions imposed by America and threatened by Europe. And it harps on about the “complexity” of the situation. But America has tried in vain to persuade China to be explicit in condemning Russia. A telephone conversation between Barack Obama and China’s president, Xi Jinping, yielded no change in the Chinese script. According to the Chinese press, Mr Xi said China hoped “that all parties concerned would tackle their differences through communication and co-ordination”. In the context of Russia’s bullying approach, Huang Jing of the Lee Kuan Yew School in Singapore says that China’s supposedly neutral stance amounts, in effect, to backing Mr Putin.

Several reasons suggest why that might appear the best option to China’s leaders. Russia is a fellow permanent member of the UN Security Council and an important strategic and diplomatic partner. It lines up with China and on the opposing side to America on a range of international issues, such as Iran and Syria. Also, China shares Russia’s distaste for the sort of people-power revolution that saw Viktor Yanukovych ousted as Ukraine’s president last month after confrontations in the centre of Kiev that to some recalled Beijing’s abortive pro-democracy uprising in 1989. As with every such movement since—across eastern Europe, the former Soviet Union and, three years ago, the Middle East—China’s leaders have fretted about how their own citizens might react. Sure enough, this time, some users of Sina Weibo, a microblogging service, drew poetical parallels: “In Kiev dawn is nigh; how long can the moon remain full over the Chinese capital?” asked a post by a widely followed writer. The censors later deleted it.

Like Russia, China saw Western meddling behind the unrest that led to Mr Yanukovych’s downfall. A commentary published on March 7th by Xinhua, the official news agency, lamented the West’s “fiasco” in Ukraine. “The West’s strategy for installing a so-called democratic and pro-Western Ukrainian government”, it argued, “did not get anywhere at all. On the contrary, they have created a mess they do not have the capacity or wisdom to clean.” Global Times, a daily owned by the Communist Party, argued that “the world should see Russia’s resistance as the dissatisfaction of many countries towards Western powers.”