The Riga Conference 2019 will take place on October 11 and 12. This year, it attracts many governments leaders, thought leaders from Europe, and USA. As usual, President and Prime Minister of Latvia will open and conclude the conference.

will speak at PLENARY SESSION: ELITES LOSING THEIR ELECTORATE?

National elections in Western and Eastern Europe show growing support for FN, AfD and similar new populist parties. Political elites who for a long time led the European integration project, the EU accession process, and immigration policy are losing their grassroots supporters. Increasingly elite parties are distrusted in countries like Germany, Italy, Sweden, Ukraine among others. How will this development influence European policy in general? How will EU institutions like the European Parliament, European Council or Commission be affected? Will Europe become inward looking and mercantilist to appease the dissatisfaction amplified by new populist parties?

Mr. Nguyen Anh Tuan,  Co-Founder of the Boston Global Forum will be a speaker of the Riga Conference 2019, at Planery Session “ Political Power in the Digital Age “.

The power of technology in the digital age is increasing day by day. Algorithms decide what information we are exposed to, what we should buy, or who we should follow. We can observe the political process increasingly playing out in the digital arena. The democratic need to find a careful balance between censorship and free speech increasingly clashes with the business models and policies of powerful, private social media platforms used by millions of users. What risks do technologies of the digital age pose to the traditional policy making process and political power? 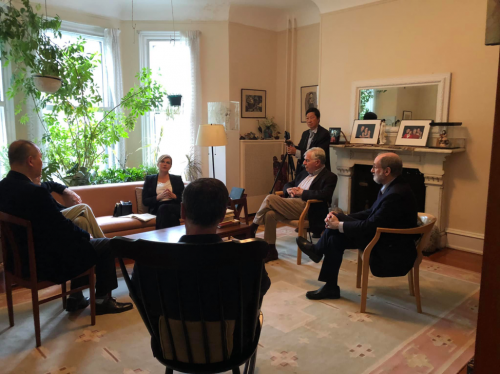