Dr Dara O’Rourke has spent the last two decades researching the environmental, social and health impacts of global production systems. His research has evolved to include the study of governmental and non-governmental strategies for monitoring and accountability and new models of public participation in environmental and labor policy. He is currently Associate Professor of Environmental and Labor Policy at the University of California at Berkeley and is the founder of GoodGuide, the world’s largest database on safe, healthy, green, and ethical products based on scientific ratings. Dr O’Rourke has published three books, and several academic articles, including the award-winning Community-Driven Regulation (MIT Press, 2004). His newest book is titled Shopping for Good

In this interview with Boston Global Forum (BGF), Dr O’Rourke discusses loopholes in factory monitoring processes, the role of subcontractors and the development and impact of GoodGuide. 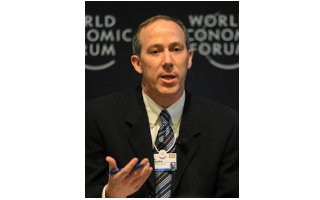 BGF: When did you first realize that labor monitoring in global supply chains was an issue that needed addressing?

Dr O’Rourke: I was doing work in factories in Southeast Asia in the early 1990s but I focused more on environmental issues at that time. I worked for the UNEP in Bangkok and for my PhD dissertation I studied factories in Vietnam, starting in 1994. In 1996, I researched ten factories in Vietnam one of which was producing shoes for Nike. I conducted a waste audit technocratic environmental assessment of the factory’s conditions and found very poor environmental conditions but also discovered very poor work place environment conditions. During my research, Nike had hired Ernst & Young (EY) to audit their factories and, in addition to what we found, EY had documented that two-thirds of the women had respiratory illnesses, massive violations of overtime laws, alleged rapes of women in the factories and other horrendous kinds of physical and verbal abuse.

I spent several months interacting with Nike trying to get them to take these problems seriously but they didn’t. I ended up writing a report on the conditions in these factories which was published in The New York Times in 1997. That is what pulled me from doing technical research to being engaged in broader public debates about work place conditions. I started looking not only into technical issues about air quality within factories and chemicals and toxics used in production but broader labor rights and human rights issues. I’ve done research in the last 15 years inside factories that make global brands of footwear, apparel, toys, electronics, chemicals and processed food and have focused increasingly on interdisciplinary work that looks at the full environmental, social and health impacts of production systems. I moved from technical questions of what chemical or solvent in the shoe causes a respiratory ailment to how you can change systems of governance of these global supply chains to prevent toxics, prevent sweatshops and prevent worker abuse. I conduct research and interact with governments, NGOs, unions and companies on new governance strategies to try and improve conditions in these global supply chains.

BGF: Even with monitoring processes and audits on the ground, why have situations not improved in the last 20 years? What has prevented progressive change from taking place in factories?

Dr O’Rourke: This is the sad part, and it’s mentioned in The New York Times article that we see the same problem surfacing over and over again. It feels like I give the same interview every year or so on the failures of global regulatory systems and the failures of monitoring systems. They continue to not find the problems in these factories or they continue to not solve the problems in these factories.

In the case of Bangladesh and the current global apparel industry, I think they monitor only symptoms of problems in the industry. For example, a checklist audit can observe people working beyond legal limits so they document overtime violations or they document accident and injury rates. The monitoring process is able to identify those symptoms of problems. Our work is to find out how to go from that symptom to a root cause of a problem and answer questions like: why are these accidents occurring and when are they occurring? If they’re occurring between 12am-4am, why are the workers working at that hour? In response, factory managers may say that the order came in late from New York or San Francisco, and they had to work overnight cause the contract said that if they miss the deadline, they would have eat all the material cost and could go bankrupt. By looking deeper, you start going from the accident rate to the overtime to the real cause- which is actually a contract that specifies a delivery time, a speed of operation and a price point that drives the factory to cut costs, work laborers long hours at low pay and eliminate safety procedures. And as you dig further down into the system, I would say the real root cause is the system of fast fashion which consistently drives down prices, speeds up delivery time, increases style changes and puts pressure on the whole system downward, including on the monitoring system where you’ve got a commodity-business of checklist auditing in factories that can’t take the time to progress from symptoms to root causes to solutions for those root causes.

There is a lot of blame to go around in Bangladesh from inspectors to factory managers to corrupt government officials to the parliament itself but there’s a lot of blame in the hands of the US retailers that are specifying, through their contracts, production pricing and delivery times which I think are the root cause of why workers walked back into Rana Plaza on April 24th. Their factory managers knew that if they did not complete those orders, they could go bankrupt. The workers knew that if they did not walk back into the factory, they could lose their job. This is where I think the monitoring systems miss the root cause and focus on symptoms, and at best identify problems. But they’re almost never solve these problems.

BGF: In almost every media report, the subcontractors get blamed from both the demand and the supply end. What’s the role of subcontractors?

Dr O’Rourke: The whole system of global apparel is organized in a fashion such that due to the fast fashion industry, the people who cut the deal are not the same as the people who produce the goods.  The deal is cut by big middle organizations, like Li & Fung, but often they are smaller contract or job houses that find factories to produce the goods. What we see repeatedly is that in the day after a catastrophe all the global brands and retailers are scrambling to find out if they have products being produced in those factories. The system is intentionally designed to not only outsource production, but to outsource responsibility for hiring workers, managing the supply chains and dealing with inventory. To meet delivery pressures, the first factory receiving the order illegally subs out some of the order to meet the deadline. The brands have such poor visibility into their own supply chains, that for Rana Plaza, two weeks had passed before Benetton came out and admitted that they had products in Rana Plaza. It was a week after Tazreen (factory fire) that Wal-Mart admitted it had products in Tazreen. These brands intentionally don’t know where their product is being manufactured and they intentionally want to sign a contract with a middleman who is not on the front line.

BGF: So, what’s going to happen to the middleman in the light of these disasters?

Dr O’Rourke: They’re definitely not going to be replaced. None of these brands or retailers want to manage the actual production of their products. They’re going to continue to play a key role and we’ve actually seen an increase in role and an increase in concentration of power and an increasing vertical reintegration among the very large companies. The middlemen are becoming bigger and more powerful and more important. And I would say, that going forward their brands are going to be publicly known. For example, two years ago no one had heard of Foxconn (supplier of electronics) but now Foxconn is a known entity. And the same holds true for Pou Chen (the largest shoe manufacturer in the world) and Li & Fung. I think the middleman will grow in both power and notoriety and their brands will become known brands and they will be targeted by NGOs as key actors in the global supply chain. I don’t see them going away at all; I see them getting stronger.

BGF: How do you source information to rate products according to health, environment and society factors for GoodGuide- your consumer education and information tool?

Dr O’Rourke: We have a science team that conducts ‘product oncology’ which is an assessment using several different scientific methods. We rate our products according to three categories- environment, health and society. For environment, we use life cycle assessments; for health, we use chemical risk assessments and health hazard assessments; and for society we use social impact assessments. Our team looks at a product category and comes up with what matters most on the environmental, health and social impacts across the full life cycle of that product. Our team first identifies what matters most, scientifically, and then develops a complex algorithm with hundreds of attributes, which is passed down to the data team. The data team collects data on those attributes related to the product, the company behind the product and the supply chain. We pull data from different data sources around the world covering six primary areas. These include company self-disclosures, government databases, academic data sources, private research firms, socially responsible investment communities and authoritative NGOs.

The algorithm and data collectively feeds into a process that allows us to rate products and companies on a 10-point scale with 10 being the best. We also have an engineering team that has built our website, iPhone and android apps and a toolbar browser plug-in so consumers can use GoodGuide while shopping on Amazon. We’ve built tools for consumers to help personalize their shopping. The science can be filtered through a consumer’s personal concerns. Example if someone is concerned about animal testing, they can filter out all companies that test their products on animals by using tools on GoodGuide.

BGF: What measurable impact has GoodGuide had?

Dr O’Rourke: We’ve had over 25 million consumers use GoodGuide, a million have downloaded our iPhone app and we have data to show the impact of GoodGuide ratings on consumer purchase and decision-making. On the company side we know from the industries that we’re interacting with, that we’re having a real impact on a number of industries especially in encouraging transparency. We’ve seen a number of industries become much more transparent than they were when we started. And once they become more transparent, we see them phasing out toxic chemicals from their ingredients. But it’s not us alone, we are part of an ecosystem of groups that are moving industries to become more transparent and hopefully phase out some of their worst chemicals and processes.