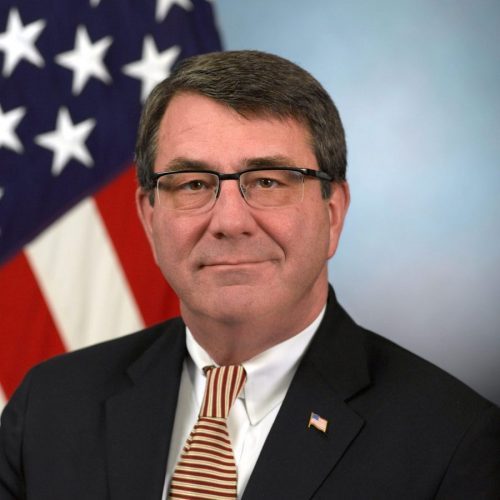 Ashton B. Carter
Global Enlightenment Leader
Ashton B. Carter served as the 25th Secretary of Defense. Carter transformed the department’s strategic approaches to critical global challenges across the domains of armed conflict through collaborations with leaders and company in the private sector.

Ashton B. Carter served as the 25th Secretary of Defense. Carter transformed the department’s strategic approaches to critical global challenges across the domains of armed conflict, ranging from sea, air, and land to space and cyberspace. He led the military campaign to defeat ISIS, the strategic pivot to the Asia-Pacific, the Defense Department and NATO’s new playbook for confronting Russia’s aggression, and the Department’s latest cyber strategy.

Carter pushed investments to develop new technological and operational capabilities, launched six transformative ‘Force of the Future’ initiatives, opened military recruitments to women without exception, brought tech experts into the Pentagon for a tour of duty through the Defense Digital Service program, opened Pentagon outposts in Silicon Valley, Boston, Austin, and other tech hubs to reconnect the government and military with visionary private sector leaders and companies, and established the Department’s first Defense Innovation Board, which attracted thought leaders such as Google Alphabet’s Eric Schmidt, astrophysicist Neil Degrasse Tyson, LinkedIn’s Reid Hoffman, among others.

Building a bridge of values between us, our community of nations, and values and that value stream while continuing to keep peace and commerce is the challenge of our time.

Machine assisted human intelligence is going to be part of our future, and the question is how do you situate that assistance into value.