Parkes leads research at the interface between economics and computer science, with a focus on multi-agent systems, artificial intelligence and machine learning. This is a vibrant field, encompassing questions about market design, dynamic pricing, preference elicitation, digital currency, reputation, and the increasing role that artificial intelligences will play in mediating transactions of all kinds.

Parkes founded the EconCS research group within the Paulson School, and is co-director of the Harvard University Data Science Initiative, and co-chair of the Harvard Business Analytics certificate program and the FAS Data Science Masters. Earlier, Parkes was Area Dean for Computer Science, 2013-2017. He served on the inaugural panel of the “Stanford 100 Year Study on Artificial Intelligence,” co-organized the 2016 OSTP Workshop on “AI for Social Good,” and served as chair of the ACM Special Interest Group on Electronic Commerce (2011-16). Since 2018, Parkes has served on the Computing Community Consortium (CCC) of the Computing Research Association.

Parkes is Fellow of the Association for the Advancement of Artificial Intelligence (AAAI), and recipient of the 2017 ACM/SIGAI Autonomous Agents Research Award, the NSF Career Award, the Alfred P. Sloan Fellowship, the Thouron Scholarship, and the Roslyn Abramson Award for Teaching.  Parkes has degrees from the University of Oxford and the University of Pennsylvania, serves on several international scientific advisory boards, and is a technical advisor to a number of start-ups. 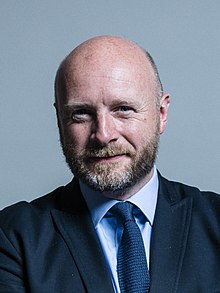 Liam Byrne is a writer, reformer and campaigner who has been the (Labour) MP for Birmingham Hodge Hill since 2004. A former Cabinet minister he served in the Home Office, No 10 Downing Street and Her Majesty’s Treasury. He is the author of Dragons: Ten Entrepreneurs Who Built Britain; Black Flag Down: Counter Extremism, Defeating ISIS and Winning the Battle of Ideas; and Turning to Face the East.

Liam graduated at the top of his class at Manchester University, winning the Robert Mackenzie prize for political science and the leadership of Manchester Student Union, before going onto to win a Fulbright scholarship to the Harvard Business School where he took his MBA with honours.

After founding a high growth technology start-up, he won the tightly fought Hodge Hill by-election in 2004 and was asked to undertake some of the hardest jobs in government – in the Home Office, Downing Street and HM Treasury, creating the UK Border Agency, reorganising No 10 for Gordon Brown, and drawing up Labour’s deficit reduction plan for Alistair Darling.

In Opposition, Liam has chaired Labour’s policy review, led the Shadow Work and Pensions team, and served as the Shadow Minister for Universities, Science and Skills. Today, he chairs the cross-party think tank on progressive economics, Inclusive Growth and is the Shadow Digital Minister.

Liam has written extensively about economic history, development and foreign affairs. His history of British capitalism Dragons: Ten Entrepreneurs Who Built Britain was published in 2016. He is also the author of Black Flag Down: Counter Extremism, Defeating ISIS and Winning the Battle of Ideas; and Turning to Face the East: How Britain Prospers in the Asian Century.

He is board member of the Great Britain China Centre, and governor of the Institute of Government and lives in Birmingham with Sarah, their children and a highly excitable English pointer. A native of Stockholm, Tegmark left Sweden in 1990 after receiving his B.Sc. in Physics from the Royal Institute of Technology (he’d earned a B.A. in Economics the previous year at the Stockholm School of Economics). His first academic venture beyond Scandinavia brought him to California, where he studied physics at the University of California, Berkeley, earning his M.A. in 1992, and Ph.D. in 1994.

After four years of west coast living, Tegmark returned to Europe and accepted an appointment as a research associate with the Max-Planck-Institut für Physik in Munich. In 1996 he headed back to the U.S. as a Hubble Fellow and member of the Institute for Advanced Study, Princeton. Tegmark remained in New Jersey for a few years until an opportunity arrived to experience the urban northeast with an Assistant Professorship at the University of Pennsylvania, where he received tenure in 2003.

He extended the east coast experiment and moved north of Philly to the shores of the Charles River (Cambridge-side), arriving at MIT in September 2004. He is married to Meia-Chita Tegmark and has two sons, Philip and Alexander.

Tegmark is an author on more than two hundred technical papers, and has featured in dozens of science documentaries. He has received numerous awards for his research, including a Packard Fellowship (2001-06), Cottrell Scholar Award (2002-07), and an NSF Career grant (2002-07), and is a Fellow of the American Physical Society. His work with the SDSS collaboration on galaxy clustering shared the first prize in Science magazine’s “Breakthrough of the Year: 2003.” 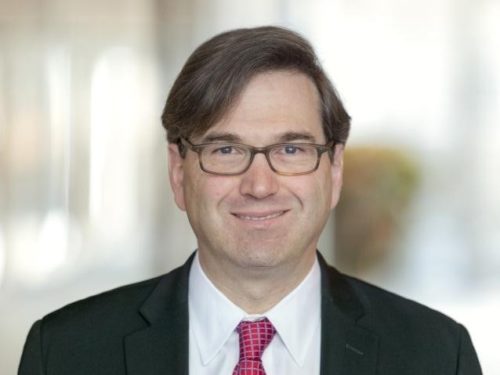 Professor of the Practice of Economic Policy, Harvard Kennedy School

Jason Furman is Professor of the Practice of Economic Policy at Harvard Kennedy School. He is also nonresident senior fellow at the Peterson Institute for International Economics. This followed eight years as a top economic adviser to President Obama, including serving as the 28th Chairman of the Council of Economic Advisers from August 2013 to January 2017, acting as both President Obama’s chief economist and a member of the cabinet. During this time Furman played a major role in most of the major economic policies of the Obama Administration. Previously Furman held a variety of posts in public policy and research.

In public policy, Furman worked at both the Council of Economic Advisers and National Economic Council during the Clinton administration and also at the World Bank.

In research, Furman was a Director of the Hamilton Project and Senior Fellow at the Brookings Institution and also has served in visiting positions at various universities, including NYU’s Wagner Graduate School of Public Policy. Furman has conducted research in a wide range of areas, including fiscal policy, tax policy, health economics, Social Security, technology policy, and domestic and international macroeconomics.

In addition to articles in scholarly journals and periodicals, Furman is the editor of two books on economic policy. Furman holds a Ph.D. in Economics from Harvard University.