China‘s attempt to alter the situation by the use of force should never be allowed.

The Senkaku Islands are without doubt an integral part of Japan in terms of history and under international law.

It is not permissible to take away the territory of another country just because they know the existence of oil under the East China Sea.

A 1969 UN survey announced the potential for abundant oil resources in the East China Sea, and only after the 1970s did China begin to claim the Senkaku Islands its territory for the first time in history. Until then, the Chinese government and Chinese Communist Party had acknowledged that the Senkaku were Japan’s.

Under the recent situation where freedom and democracy are challenged, it is very important that democratic countries unite and commit to world security and peace.

Ambassador Seiichi Kondo, Former Commissioner of the Agency for Cultural Affairs, Former Ambassador of UNESCO, and others.

no territorial dispute to be resolved;

– Japan has been exercising effective control over the Senkaku for more than 120 years;

-Year 1885: The Senkaku were investigated by Okinawa Prefecture, Japan;

-Year 1895: After careful examinations that they were uninhabited and not under control of any other states, the Senkaku were incorporated into Okinawa Prefecture, Japan by cabinet decision (“Japan’s Lawful Incorporation of the Senkaku”);

-Year 1920: The Senkaku were recognized as part of Japan in appreciation letter of Chinese consul of Nagasaki (“Recognition in Chinese Consul’s Letter in 1920”);

-Year 1971: China and Taiwan officially claimed their sovereignty over the Senkaku fist time in history following the release of UN ECAFE Report in 1969 which stated potential existence of oil reserve in the vicinity of the Senkaku (“China’s First Claim after UN ECAFE Report”); and

-Year 2008: Against aforementioned backgrounds, continuous and expanding Chinese intrusions into the waters of the Senkaku began.

The State Minister also emphasized his concern over Chinese military expansion and that Chinese intrusion into the South and East China Sea could lead to their newly developed missile attack to the east coast of the United States, thereby pointing out that the issue is not only a bilateral territorial dispute but also a threat to world peace.  He calls for the world’s attention on the issue as well as on other regional conflicts such as Honk Kong and Uighur, to think together and act together.

Mr. Shunji Yanai, Judge of the International Tribunal for the Law of the Sea (ITLS); Former Japanese Ambassador to the United States.

1.The grounds for Japan’s territorial sovereignty over the Senkaku pertaining to the Japan’s Lawful Incorporation of the Senkaku, the Reaffirmation in the San Francisco Peace Treaty, and the Recognition in the Okinawa Agreement;

2. Japan’s effective control over the Senkaku;

3.China’s recognition of Senkaku as part of Japanese territory pertaining to the facts that that Chinese government did not contest Japan’s sovereignty for approximately 75 years following the Lawful Incorporation of the Senkaku (which, however, changed suddenly after the UN ECAFE Report), and that even after the San Francisco Peace Treaty, the Senkaku continued to be treated as Japanese territory in Chinese maps and publications;

4.There has never been any agreement between Japan and China to shelve issues relating to the Senkaku;

5.Chinese claim of its sovereignty in relation to the descriptions in ancient Chinese document does not constitute legal grounds,

6. There are number of evidences that China recognized the Senkaku as part of Okinawa, Japan, which include the Recognition in Chinese Consul’s Letter in 1920, fact that the U.S. military used part of the Senkaku for firing/bombing ranges while the islands were under the administration of the United States, and Chinese Communist Party publications.

– Reaffirmation in San Francisco Peace Treaty about which neither Mao, Zhou nor Chiang Kai-Shek, had ever complained until oil was found in 1969;

– In 1972, Deng Xiaoping made his comment after the meeting with Japanese Prime Minister Fukuda that they had agreed to “shelve the issue of the Senkaku to future generations”. But it’s a lie. The truth that can be found in an archive accessible on the internet is that Deng only said “There is an issue of the Senkaku in Japanese and Diaoyo in Chinese. I don’t want to talk about it now. The next generation is likely to be savvier than us, they will probably be able to find some resolution to the issue.”, to which Fukuda remained silent.  Thus, Japan regards that there has never been such an agreement to shelve issue of the Senkaku and thus there is no dispute to be solved;

– In 1978, just before the conclusion of the Japan-China Friendship and Peace Treaty, China sent 357 vessels to the territorial border of the Senkaku to warn and show that there was a dispute in the area.  However, if China had agreed to shelve the issue, there is no need for them to take such an action; and

– Since 2012, Chinese intrusion of vessels into the waters of the islands has been expanding and the military tension is now so high. The United States expressed its stance that the Senkaku are covered by the article 5 of Japan-US Security Treaty.

presented American point of view and supported above discussions in reference to 4 points:

2.The Senkaku and the San Francisco Peace Treaty (Origins of the Bilateral Okinawa Problem. 2001). Because of the effort made by the Japanese government, Japan was recognized as having “residual sovereignty” over the islands including the Senkaku;

After the speeches, the panel held a stimulating and revealing Q&As with distinguished worldwide intellectuals over the issues of: China’s unique expansion case other than the Senkaku; the Senkaku’s incorporation into Japanese territory in 1985; importance of QUAD alliance; possibility of military outbreak on the Senkaku, how to cope with Chinese expansionism; and whether or not Japan will resort to armed forces.

Keynote speech of Speaker of the Swedish Parliament, Andreas Norlén, receiving the 2021 World Leader for Peace and Security Award REMARKS BY H.E. Mr. Nguyen Hai Ninh IN “BUILDING NHA TRANG – KHANH HOA INTO A FLAGSHIP AREA OF THE AGE OF GLOBAL ENLIGHTENMENT”

The Final Report of Policy Lab Fundamental Rights in AI; Digital Societies: Towards An International Accord 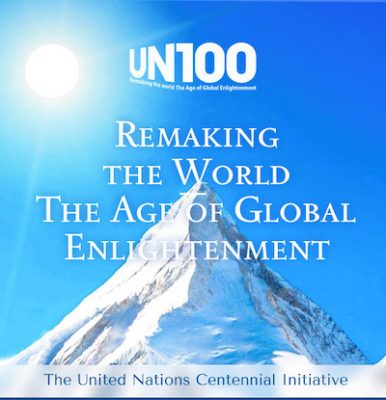 Remaking the World – Toward an Age of Global Enlightenment