I am pleased to announce that this year’s recipient of the Boston Global Forum’s World Leader for Peace and Security Award is Andreas Norlén, Speaker of the Swedish Parliament, for his efforts to enhance transparency and unity in Sweden’s governmental processes.

In his speech at the AI World Society Summit 2020, Andreas Norlén recognized both the potentials and risks of Artificial Intelligence in governance. Misinformation and disinformation can have adverse effects on governmental processes and democracy, such as skewing public opinion and compromising trust in democracy. He pointed out that increasing public awareness and facilitating cooperation among parties and committees within the government can help to harness the power of AI while protecting democracy from the risks.

Since being elected Speaker of the Riksdag in 2018, Norlén has served as the Chair of the Committee on the Constitution, the War Delegation, the Committee on Justice, and the Advisory Council on Foreign Affairs. He has played a pivotal role supporting constitutional matters relating to the media, the auditing of governmental processes, the Riksdag’s work on EU matters, issues concerning privacy, the central government budget process, and matters regarding the nomination of permanent judges in all Swedish courts.

Norlén has continually worked across party lines to ensure unified support for the conclusions reached by the Committee on the Constitution, and asserting that the practices determined by the Committee should obtain broad support in the Riksdag and remain uncompromised when there is a change in the political majority of the Riksdag.

These goals match those of the Boston Global Forum. We are also at one with Speaker Norlén on the need for an international accord on the use of Artificial Intelligence, based on shared values and democratic traditions, an accord that will require sustained Transatlantic leadership if it is to be realized.

For these and other reasons, the Boston Global Forum is pleased today to present our World Leader for Peace and Security Award to Speaker of the Swedish Parliament, Andreas Norlén. 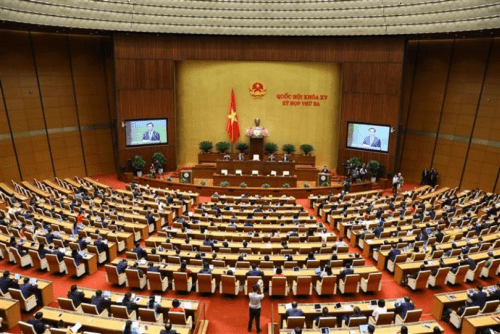