Kyrgyz Prime Minister Muhammetkaliy Abulgaziyev called for action to ratify UN Convention on the Rights of Person with Disabilities. 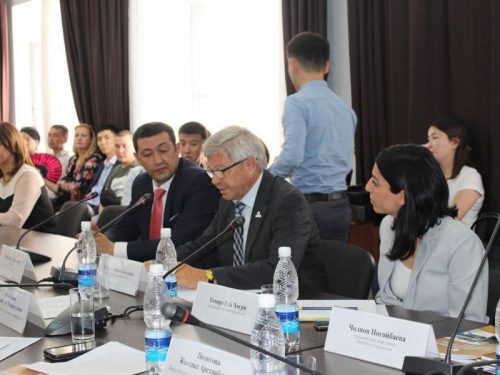 Kjell Magne Bondevik, former Prime Minister of Norway and member of WLA-CdM, recently visited Bishkek, Kyrgyzstan to support the inclusion of people with disabilities in the country’s labour market. with the mission of the INSPIRED+ project which is to support the implementation of UN Human Rights and International Labour Organization (ILO). In the National Conference on the Economic Rights of Persons with disabilities, he shared his experience and gave a summary of key policies in the area. He also recommended that government officials and ministers exclude medical and budgetary considerations when it comes to inclusion of persons with disabilities.

WLA-CdM also played the role of a partner in developing the AIWS 7-layer model alongside MDI and BGF.