On May 5 in Riga, Vaira Vike Freiberga, Former President of Latvia and current President of the WLA-CdM, had a meeting with Latvian ice hockey fans before team Latvia first game at IIHF World Championship. 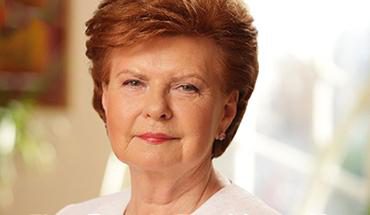 President Vike-Freiberga is a multi-faceted, extensively traveled and exceptionally involved global leader. She is well versed in international security and policy issues, Latvian heritage and music, and current events. She is not only a prestigious leader in the Latvia community, but also a member or patron of more than 30 international organizations, including the MDI. With Chairman Michael Dukakis, she is helping to develop the AIWS 7-Layer Model to build the Next Generation Democracy.