Former United Nations Secretary-General Ban Ki-moon, who served from January 2007 to December 2016 will be a Harvard Kennedy School Fisher Family Fellow with the Future of Diplomacy Project in the academic year 2018-2019. 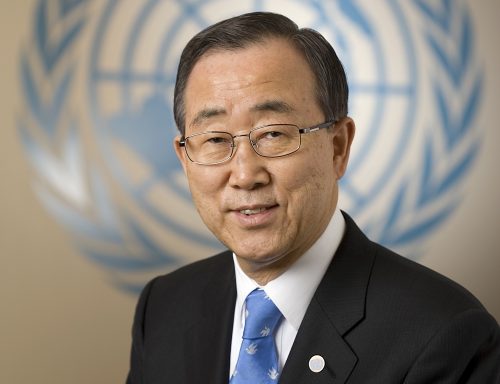 After his time in the United Nations, Mr. Ban has been actively promoting global agenda including SDGs, climate change and woman’s empowerment. Since January 2018, Mr. Ban has been inducted as Co-Chairs of the Ban Ki-moon Centre for Global Citizens in Vienna, Austria. Since February 2018, he has been elected as the President of the Assembly & Chair of the Council of Global Green Growth Institute (GGGI). In April 2018, he has been elected as the Chairman of Boao Forum for Asia.

Mr. Ban strived to be a bridge builder, to give voice to the world’s poorest and the most vulnerable people, and to make the United Nations more transparent and effective. For his sincere dedication to making the world a better place, with peace and cooperation between countries, Secretary-General Ban Ki-moon was also awarded the World Leader in Peace, Security, and Development by the Boston Global Forum and the Michael Dukakis Institute in 2016.

In his acceptance speech of this award, he brought the challenge to build up the partnership between leaders and business community as well as civil society in order to deal with world problems such as climate changes, SDGs, etc. He also believed in the transformative power of collective action.