As his trial begins in the U.S. Senate, the impeachment of President Trump is, at its heart, a question about ethics. Was it proper for the president to withhold U.S. military aid to a strategic foreign ally to leverage its cooperation in an effort that could undercut a political rival? In a new book, “Do Morals Matter? Presidents and Foreign Policy from FDR to Trump,” Joseph S. Nye Jr., University Distinguished Service Professor Emeritus at Harvard Kennedy School (HKS), examines the role that ethics played in the foreign policies of every U.S. president since World War II. In evaluating each on the moral soundness of their intentions, their results, and the means they used to achieve those results, Nye makes a case for the enduring relevance of American exceptionalism in the 21st century.

Professor Joseph Nye is a member of the Boston Global Forum’s Board of Thinkers. Governor Michael Dukakis, co-founder of the AIWS Innovation Network, honored him as a Global Distinguished Educator on World Reconciliation Day September 9, 2017 at Loeb House, Harvard University. 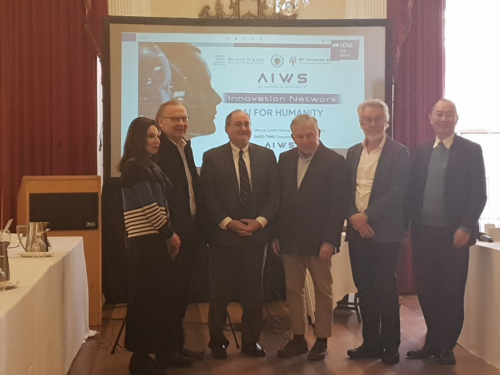 How To Teach Artificial Intelligence