(Jan.31, 2016) – In an effort to placate the increasingly vocal critics of her open-door policy for refugees the German Chancellor Angela Merkel said on Saturday at a regional meeting of her Christian Democratic Union (CDU) in the state of Mecklenburg-Western Pomerania that “Once there is peace in Syria again, once IS has been defeated in Iraq, that you go back to your home country with the knowledge that you have gained.” 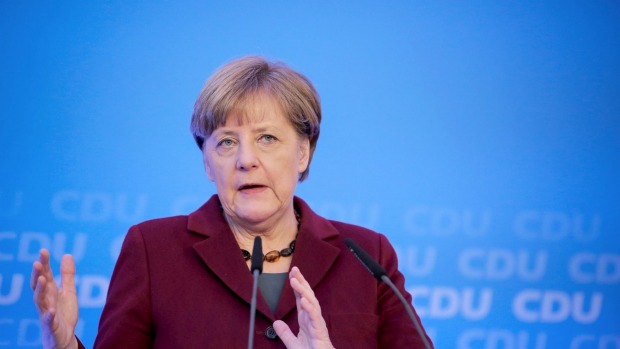 German chancellor Angela Merkel says refugees will return to their homeland, once the war is over. Photo: Fredrik von Erichsen

The critics come after increasing reports of Crime and security, in particular, a wave of assaults on women in Cologne at New Year celebration by men of north African and Arab appearance.

Merkel also urged the European countries to offer more help to reduce the illegal refugees, according the Reuters.